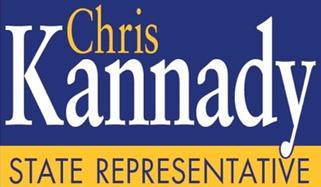 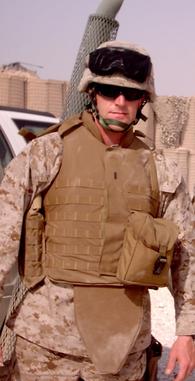 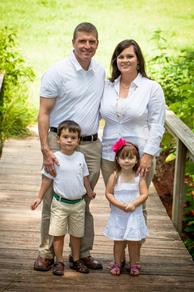 Chris Kannady is an Oklahoman. His strong Oklahoma foundation allowed him to defend our country throughout the world. Chris graduated from the University of Oklahoma with three degrees: undergraduate, law and MBA. While at OU, he served as vice president, chair of the graduate student senate and president of the student body. While serving as a U.S. marine, Chris furthered his education with a master’s degree from George Washington University in national security and foreign relations.

After 9/11, Chris answered our country’s call to duty. He became a United States Marine. Within a few months after marrying his college sweetheart, he was deployed to Iraq. In Iraq, Chris was a prosecutor and handled detainee operations. Chris spent his years in the Marines traveling across the world and the U.S. He was deployed three times to Afghanistan and once to Iraq, amongst other military hotbeds throughout the world.

After a serious knee injury in Afghanistan, Chris left the Marines to come home. Although now a disabled veteran, Chris continued his service in the Oklahoma National Guard where he is a Lieutenant Colonel serving as a Staff Judge Advocate.  With his wife, Renee, Chris is raising their young two children, Kannon and Shelby. Chris and Renee are raising their kids with the same foundation they had, with faith and love at the center of their lives. Today, Renee works at Children’s Hospital and Chris continues to help fellow veterans at Foshee and Yaffe.